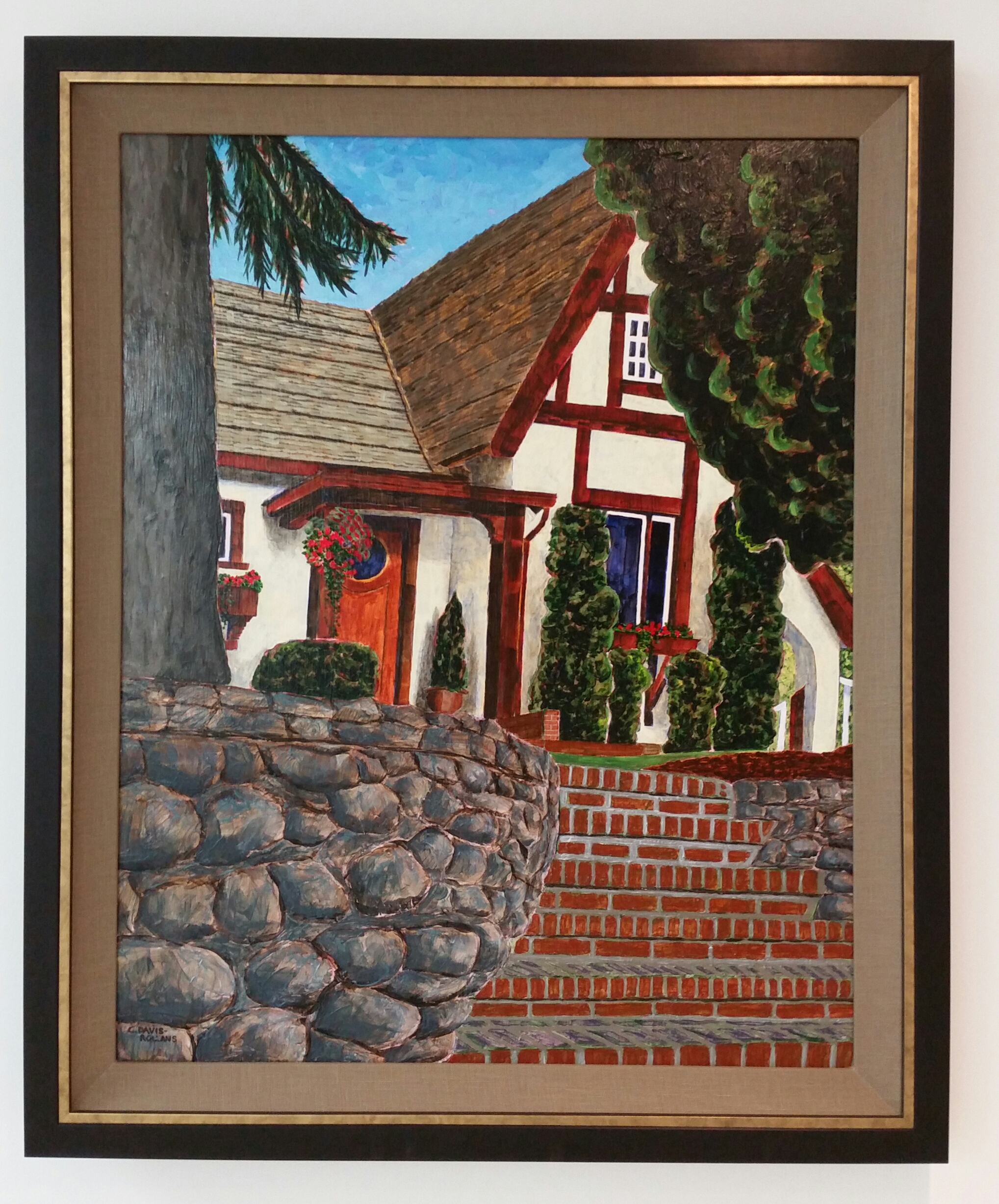 Done in an Impressionist style and painted ‘en plein air’, this painting depicts one of the heritage homes in the west area of downtown Kamloops. Built in the early 20th century, this home features elements of Tudor architecture on the exterior, such as the dark, half-timber beams, white-washed plaster, and a steeply pitched roof. Along with the round glass window in the door, the rock retaining wall, and the brick steps, this house abounds in character.

If this house could talk, it would have many good stories to tell!