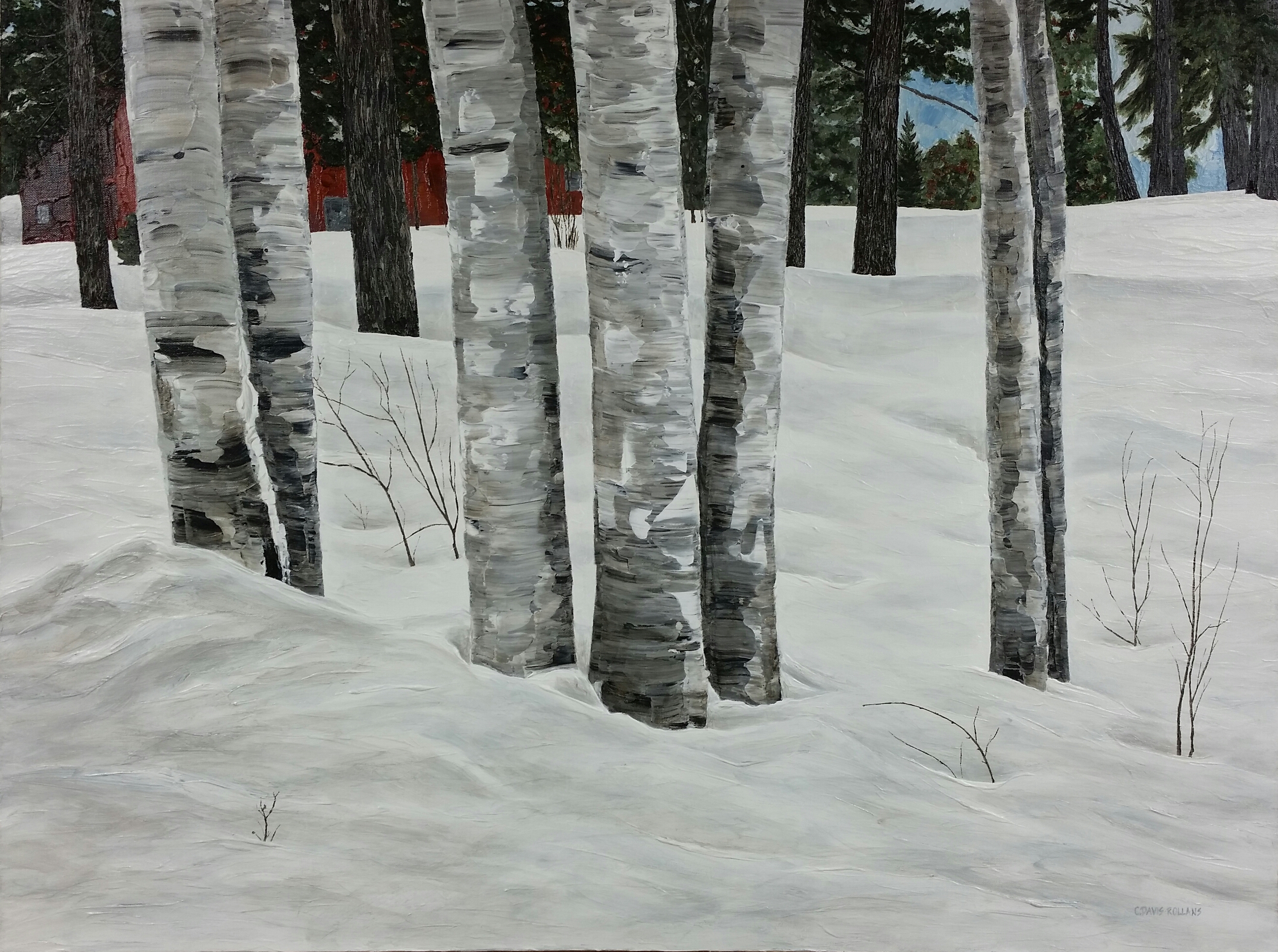 Trees and snow – 2 essential components of a Canadian Winter! All we need now is the shovel, but it did not make it into this painting! Next time…

In this peaceful scene of some poplars near the shore of the Little Shuswap Lake, I came to a realization that I felt as if I was privy to an intimate group. The 7 poplars seem like they are close knit family members who support each other and communicate quietly amongst themselves. Using shading and contouring in the foreground snow, I have attempted to draw the viewer in toward the poplars so as to feel as if they are part of this inner circle.