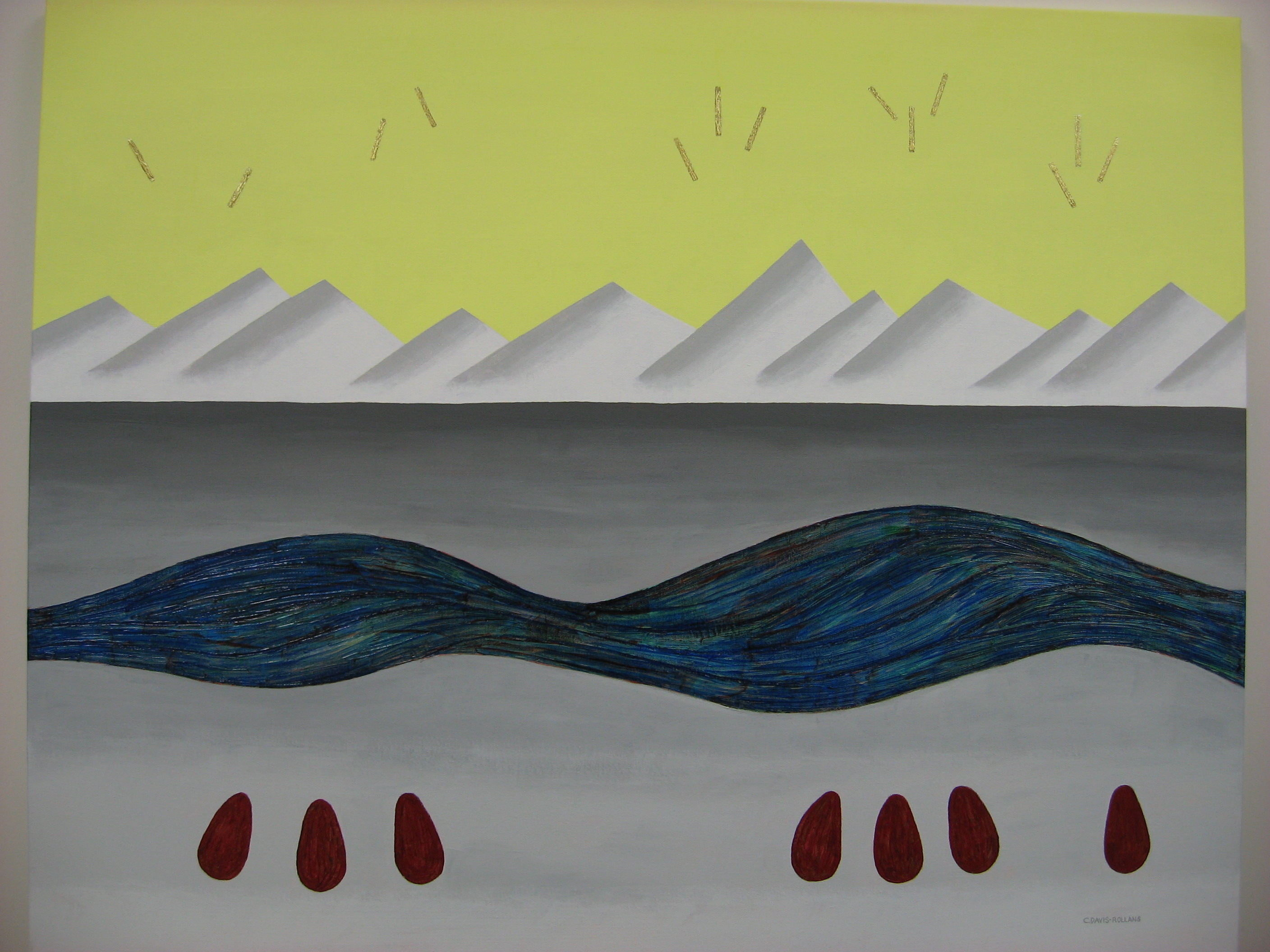 This surrealist painting is also based on my interpretation of a classical, symphonic piece of music. The piece was called ‘Fratres’ and was composed by Arvo Part. It is a haunting and alien feeling piece, which made me feel as if I was in an alien landscape. Hence the reference to a landscape, with the river running in the foreground, the mountains in the background, and the eerie colored sky. The red, textured egg shapes in the foreground came to represent some furry little aliens, who I affectionately call “the little guys”. The gold sticks in the sky were a fascinating show for “the little guys”! However, there was another level to the interpretation of this music. The various parts of the landscape also represented the instruments playing in the piece. The mountains represented the movements of the violins and violas, and the river the movements of the double bass. The egg shapes were the drum beats, and the sticks in the sky were the percussion.